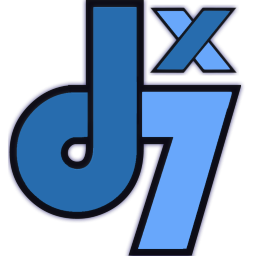 We believe this release can be tested with confidence in a production environment, provided you keep d7II with you as a backup.  d7x Alpha is designed to sit beside d7II in the same folder, and maintains backwards compatibility with d7II configurations and active d7II session data (temporary files and settings specific to d7II and the current repair process) so a job can be finished with d7II if necessary.  Even if d7x stopped working during an auto mode, d7II should pick up where d7x left off.

The next release stage will bring the d7x “FastTrack” builds to the d7II “Pre-Release” update system, and later as a full next-version release through the standard automatic update system.

Please see the d7x Manual to download and learn more about what’s new with this release, including the d7x Remote Deployment Tool (aka d7xRDT) the “SFX Mini” replacement, and new Config Mgmt Portal replacing the dCloud/Self-Hosted FTP functionality.

Also, this d7x Alpha Youtube playlist was created for early demo and how-to content, and currently contains a new video on the d7x Bug Submission Interface, but 2 more videos with new content are already awaiting edit.  (Be sure to subscribe to our channel for update notifications!)

Tuesday’s Foolish Tech Show also has a rough/impromptu and fairly long overview of some new functionality, which we go over after the whole CCleaner fiasco.

Due to the overwhelming increase of demand to register CryptoPrevent[...]

fGet.exe is a tiny download utility designed for batch/scripting usage,[...]