Tweaky is not really designed for one-time usage, though it can be used this way as a one-off tweak or for evaluation purposes.  Instead, Tweaky is designed for PC techs and IT pros who will be using it on a regular basis, who need to save specific configurations and deploy them repeatedly.

Tweaky (paid edition) is designed to load and save your preferred tweak configurations, so you don’t have to select every individual tweak you want each time.  Scripting usage is also available.

Tweaky (free edition) is for evaluation or one-time usage.  It does not support load/save profile functionality or scripting features.  Additionally, some tweaks found in our other paid apps are disabled. 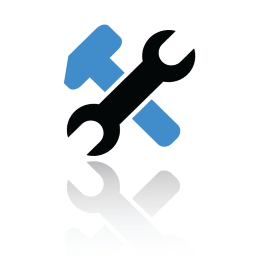 All updates are included until a major feature update for version 2 is released.
Price: $45.00

Tweaky is fully portable application, meaning there is no installation or uninstallation.  Just unzip to run.

Tweaky is intended for Windows 10 usage, however many tweaks work on earlier versions of Windows dating back to XP.  If a tweak doesn’t work on that version of Windows, you don’t need to worry about de-selecting it; tweaks will only apply on supported versions of Windows.

Most tweaks (except the branding and file sharing/networking tweaks) display a shaded-in checkbox when the tweak is applied successfully, as evident in the app.

Most tweaks (once applied, except the file sharing/networking tweaks) have an ‘undo’ option if you right-click on the tweak description.

Starting with v1.3 (paid edition) Tweaky.exe can be scripted using the /profile=[name] parameter.  The [name] must match a saved profile name in Tweaky, and should NOT contain wrapping quotes if spaces are in the name.