Here you will find a few small “quick n’ dirty” projects that don’t really deserve their own web page.

All software listed on this page is FREE for personal AND commercial use.

If you find this software useful, let us know! 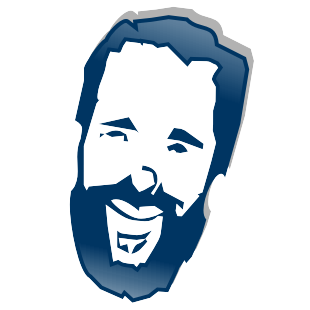 This small EXE is for automating Cleanmgr.exe built into Windows with the /sageset and /sagerun automation options.

Anyone who uses cleanmgr.exe probably knows it has a /sageset and /sagerun parameter. First, you use cleanmgr.exe /sageset:1 (where 1 could be any number between 0 and 65535) and that brings up cleanmgr with the interface that you check what all you want it to clean up. Next you run cleanmgr.exe /sagerun:1 to run that profile and have cleanmgr actually do the cleaning.

This EXE automates the entire process. First, it emulates the /sageset function by writing the appropriate registry values to run pretty much everything (except it ignores MS Office setup files, Compress old files, and cleanup Memory dump files, but it sets  EVERYTHING ELSE.)  Next it runs cleanmgr.exe /sagerun:1 – so basically here you have a utility to automate selecting pretty much everything and running the cleanup process. All you have to do is double-click and relax.

This is highly useful for distributing to your clients as well!

Special thanks to Ohio Computer Repair Service for the project idea/request.

WARNING:  Windows 10 version 1809 has introduced a new “Downloads” option to Windows disk cleanup tool CleanMgr.exe (why?!)  This will of course delete all files in the default downloads folder.  (More on that at ghacks.net)  This means that AutoCleanMgr will delete all files in your downloads folder on current builds of Windows 10!  There are currently no plans to update this app to change the behavior.

These tasks are completed almost instantly in the background, just before the utility visibly displays a yes/no prompt to launch Device Manager.

Special Note for d7x users:  this functionality is already performed in d7x when you select to launch “Computer Management” from the Windows menu, however the difference is that it only sets the DEVMGR_SHOW_NONPRESENT_DEVICES variable  TEMPORARILY instead of permanently.

This app was designed upon request, to give the operator the ability to quickly launch Device Manager, while performing the automated tasks/repairs above, without using d7x, which could be convenient in some circumstances, and B. they wanted the variable set permanently for future use without this app.

Special thanks to Ohio Computer Repair Service for the project idea/request.

This tiny executable merely creates a System Restore Point upon execution, but the goodies come with the included repair abilities:

If the second attempt fails, it will perform an advanced repair of System Restore and the required WMI service, then it will try again. (NOTE: At this stage on Windows XP, you may be prompted for the XP CD for reinstalling the System Restore component of Windows. If one is not handy, you can cancel the prompt and repair will proceed without this particular action.)

If the third attempt fails, you will be prompted to reboot the machine (as may be the case that one of the advanced repairs requires a reboot.) This is the only condition in which you would receive a prompt from this program, else it is entirely automated. So feel free to use Windows Task Scheduler to run this app on a schedule.

This tiny executable merely provides you with an easy interface to uninstall all “security” products from a system.  It’s easy enough to just go to Control Panel to accomplish the same task, however this app was written only as a proof of concept, but if given enough interest, the EXE can be updated to run fully automated, removing everything that is found — and then I can see it becoming useful!